Windy this month; Closer look at the windiest month over last three decades

Earlier today I overheard someone talking about how windy it has been recently.  They were suggesting that it is a lot windier than they remember it being.  That conversation sent me in to the depths of weather records. 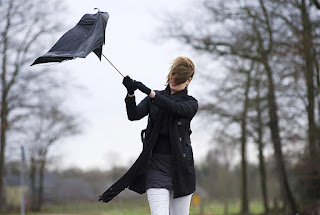