Lots of weather going on across the United States.  Showers and thunderstorms are moving through the Midwest this afternoon and there's a potential snow storm moving towards Colorado for early next week.

Check out the video forecast that discusses the severe weather threat in the Midwest and also the threat for snow in Colorado.


There is a piece of energy I am tracking that is currently moving across the northern Pacific Ocean.  This could help spawn an area of low pressure that could dump snow on southern Colorado Tuesday. 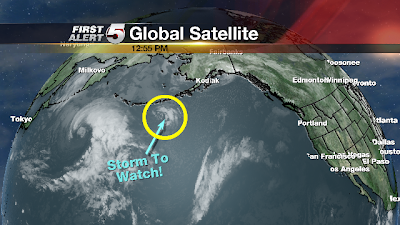 As of this afternoon it is still located about 3,000 miles away from Colorado.  A lot can change and computer models will get a better handle on the storm as it gets closer.  The big question right now... Does it take more of a northern track or does it take a southern track?  The southern track would bring more snow to Colorado Springs and Pueblo.  Stay tuned...
Posted by: John Dissauer at 10/31/2013 03:41:00 PM No comments:

It is still very early but wanted to give a little heads up about a possible storm coming to Colorado for the first week of November.

Some of the computer models, the European Forecast Agency and Canadian Forecast Agency, are hinting at a storm developing around November 5.  The track of the storm, cold air wrapping up in it and the potential precipitation with it could make for a good snow maker for southern and southeastern Colorado.

I like to backtrack the storm and see where the piece of energy that will help spawn it is located.  As of this afternoon, the piece of energy has moved off the Kamchatka Peninsula in Russia and is moving across the northern Pacific Ocean, approximately 4,000 miles from Colorado. 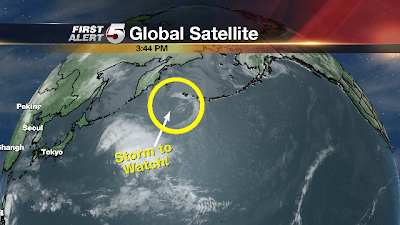 Computer models project it will slowly move across the northern Pacific and move in to the northwest United States over the weekend.

Watch the following video for more discussion on the storm.

It is a little early to be talking about how much snow but if the European model were to pan out, we could be looking at several inches of snow for the I-25 corridor of southern Colorado.  Stay tuned...
Posted by: John Dissauer at 10/30/2013 07:01:00 PM No comments:

Strong fall storm is moving through the western United States.  Here is my latest video forecast for southern Colorado (recorded at noon).
Posted by: John Dissauer at 10/10/2013 03:20:00 PM No comments:

The International Space Station's orbit is just right for good viewing in Colorado and the Midwest.  If you haven't stepped outside and watched it fly overheard, I would recommend doing it.  It is a great family activity.  So grab the kids and your husband/wife and go out and watch.

What should you look for?  Initially look for a little dot, similar to a star or a plane.  It will be moving and will not blink.  Usually, it will start to get brighter as it moves overhead.  Also, note what time it is expected to be visible.  It is always on time.  Not a minute early, not a minute late. 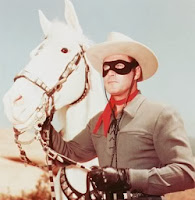 Hope everyone had a good weekend.  This morning before going in to work I took a few minutes to look over the latest run of the experimental loooooooong range European computer forecast model.  This model looks out over the next 720 hours or approximately 30 days.

Here are a few observations from last week's run.

The model suggests several smaller scale storms moving through at a quick rate over the next month.  Small enough not to mention details as it is important to look at the overall pattern when looking at long range data.

Keep in mind, the model is just that.  A computer model.  The farther out the model looks, the higher the error rate.  The key to looking at this kind of data is to not look at specifics but instead trends and long wave patterns.
Posted by: John Dissauer at 10/07/2013 12:18:00 PM No comments: