Wet start to the year and end of work week

It has been a damp, dreary, chilly day around central Indiana today.  Northern Indiana even received snow, with as much as 4" of snow reported, late Thursday night in to Friday morning.

Rainfall totals have been relatively light through 4pm.  Bloomington has picked up the most with 0.29". 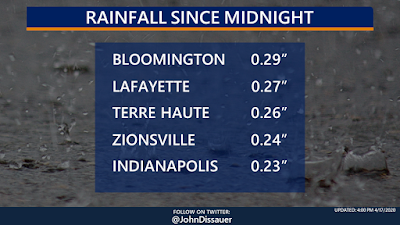 For those of you thinking it has been a wet year you are correct.  Take a look at the numbers for Indianapolis. 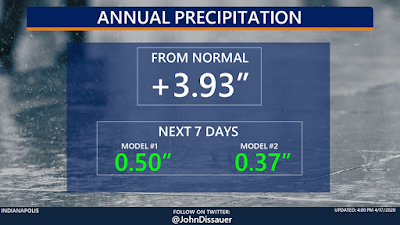 Indianapolis has received 14.54" of precipitation for the year which is nearly 4" above normal. It currently ranks as the 24th wettest start to a year since 1872.

For those wanting drier conditions it appears there will be dry time coming over the next week.  Long range computer models are suggesting anywhere from a third to a half inch of rain possible through 8pm Friday, April 24 in Indianapolis. 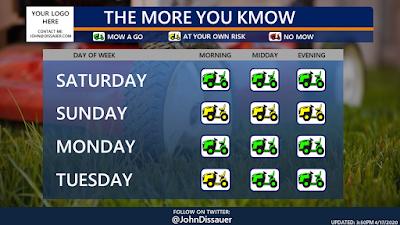 Drier conditions start Saturday.  So if you need to get yard work done, Saturday is your day.  There will be a weak front passing the area Sunday.  That could bring a few widely scattered showers throughout the day.  Monday looks to remain dry.  Another front will pass through early Tuesday morning bringing with it a few light showers.