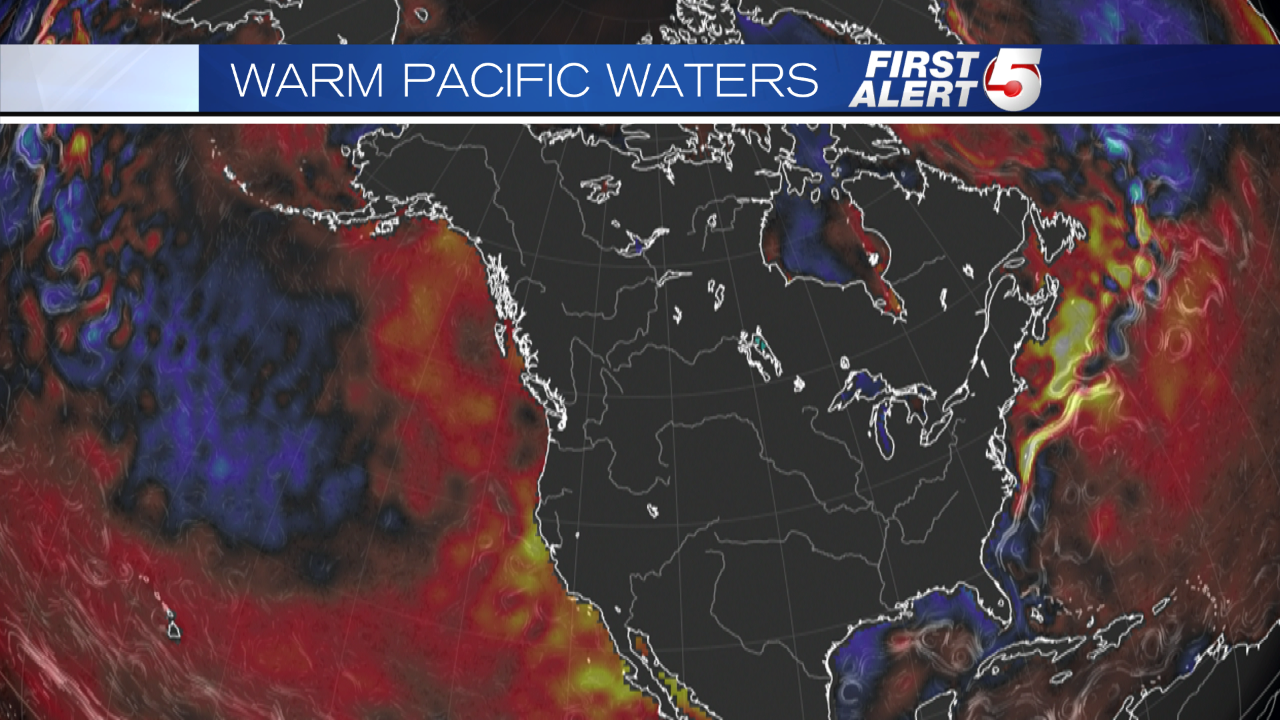 Why care about that?  The warmer water helps to keep large storms fueled as they move across the northern Pacific which in turn can cause an upper-level blocking pattern.  When the blocking pattern takes hold, cold air from northern Canada and the Arctic rush down the east side of the Rocky Mountains and through the central Plains helping keep the lower 48 in the freezer.

If you like reading about some of the tidbits mentioned above, be sure to follow me on Twitter (@johndissauer).  I tweet out a lot of stats, weather tidbits and thoughts on the forecast.
Posted by: John Dissauer at 11/17/2014 09:07:00 PM No comments:

Tis' the season.  Cold air is building over the Arctic and it appears much of the lower 48 will tap in to it next week.

Long range computer models continue to advertise the cold air will filter in to the United States next week behind a strong arctic cold front.  A 1040-1044mb high is projected to fill in behind the front.  This allow cold air from northern Canada to slide down through the country.

Here's a look at Tuesday morning's temperature projection and upper-level winds from this morning's run of the European Computer Model.
Yeah, the purple colors are representative of cooooold air.  The cold air begins to infiltrate the United States late Sunday night.  It will sink south and southeast over the following days.

There are signs that the cold air will be around for a long period of time.  Temperatures could remain below freezing in many locations of the United States for six to nine days.

Here is a look at surface temperature projections from both the European forecast agency's computer model and NOAA's long range Global Forecast model.
There are similar temperature plots for St. Louis and Indianapolis.  Temperatures around and below freezing, especially at the end of next week and in to the following weekend.
With the cold air the question about snow begins to increase.  At this time, not major snow storms appear to be in the cards over the next week.  That isn't to say some snow couldn't fall.  I think there will be a couple of chances for snow in Colorado Springs/Denver and central Indiana.  That is something that will become more visible as we get closer to the middle/end of next week.

In the mean time, use the weekend to find your winter coats, gloves, hats and long underwear.  As always, you can follow me on Twitter (@johndissauer) to get the latest on next week's cold air intrusion.
Posted by: John Dissauer at 11/07/2014 05:33:00 PM No comments: