The morning computer model data is in and everything appears to be running straight and normal.  That means that all of the various computer models have different solutions to the Sunday-Tuesday time frame.

One thing that is becoming more apparent is the time frame.  Everything seems to be pointing to a slightly earlier and not as long of duration for wintery precipitation.  The way it looks now… 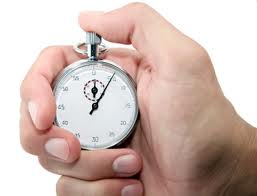 The precipitation type is still too early to pin down.  I don’t think snow is going to be a big player.  In a few locations there could be a brief period of snow but the bigger deal will be either sleet and/or freezing rain.

A quick breakdown of what the models are suggesting…
Finally, here is the latest meteogram for St. Louis.  This shows computer model projections of freezing rain accumulation.  Each colored line is a different computer model run.  The white line indicates the average of all the forecast models.  Note:  The meteogram does not display European computer model.
I’m starting to think there could be a band of icing that runs from the Arkansas/Missouri border eastern/southeast Missouri through southern Illinois and in to west central Indiana.  Some of the locations that could be impacted would be St. Louis, Perryville (MO), Carbondale, Effingham, Terre Haute, Indianapolis, Bloomington (IN) and Columbus (IN).  (Before people start to question… No, these are not ALL of the locations, these are SOME of the locations.)

Bottom line… There will be a decent amount of rain falling Saturday.  Eventually the rain should change over to something.  There are still several details that need to be ironed out, but the potential does exist for ice but at this point.  For those in southeast Missouri and western Kentucky this does not look to be anything like the 2009 ice storm.

John, what is the range of your freak out meter?