Looking for a Phone

I have reached the magic moment in one's life. The point where one feels free to wander the open valleys. The moment where my cell phone contract is about to run out! Woo hoo! Let freedom ring. 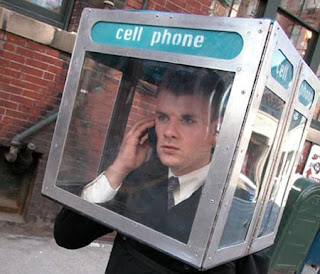 Now that the contract is up, I can have fun looking around for a new phone at a "reduced" price. So this is where I need YOUR help. What phone should I get?

A few basic bits of information... I have been looking at the iPhone. I have seen and heard great reviews of the phone. However, it doesn't have Flash yet. (Adobe is working on an iPhone version of Flash.) Flash is important to me as most websites are using Flash video. I am also not sure how I feel about using touch screens for all of my typing.

The Blackberry Bold looks cool, but too expensive!

I have also been looking at the Nokia e71. I have seen and heard a lot of good reviews on this phone. One of the cool features about this phone is the ability to download/run programs on it. For instance, there is one program that will allow you to turn the phone in to a mobile wifi hotspot. That means that you can use your wifi enabled laptop and surf the internet via your cell phone without any cables. Pretty cool!
Posted by: John Dissauer at 2/07/2009 12:59:00 AM

I've got nuthin because we went bankrupt last year and can barely qualify for go-phones (LOL) but just curious if you are dissatisfied with AT&T or just wanting to shop around a bit? I would like to go to AT&T when we can again mainly because mobile to mobile, every one I know has AT&T. Anyway all that to say good luck ;) lol melzie

I had the same concerns about the iPhone. So far the lack of flash hasn't really bothered me since I rarely use the web browser on it. It has a app for many of the sites I tend to visit (Tiwtter, Facebook, Weather channel, Pandora). The typing is very odd at first but it only took a afternoon to get used to it. So far the massive amount of apps, many of them free, has made up for any of its downsides. Plus being a Mac users I knew all my stuff would sync properly, one major problem I have had with Windows Mobile or Palm devices on either platform (Mac or PC).

I have a moto Q 9h and I love it. It gets signal where lots of other phones don't, and the earpiece volume is incredible. The operating system is Windows Mobile, but I don't really use internet on phone, so I can't comment on that. I was able to check the weather during recent power outages, but that's all I've done.