The Weather Prediction Center - handles snow and rainfall forecasts for NOAA - has included portions of Indiana, Illinois, Ohio, and Kentucky in a "moderate" risk for excessive rainfall through Tuesday. 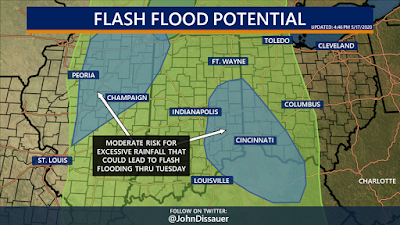 To put the rainfall amounts in perspective... For Indianapolis, the amount forecast is 374% above the normal rainfall for the three day period (0.51"). 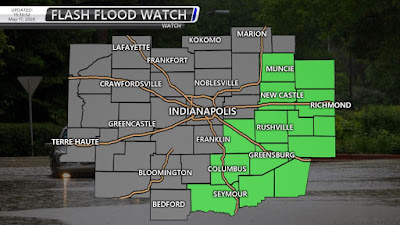 The National Weather Service has issued a Flash Flood Watch that is in effect until 2pm EDT Tuesday for portions of central Indiana.
Posted by: John Dissauer at 5/17/2020 04:11:00 PM