It's Going to Be Hot!

It is eerily strange, but most computer models are in agreement that temperatures will surge past 90° across this Midwest this weekend.

Temperatures above 90° isn't uncommon but this will be the first time of the season with mid/late summer heat.  Most people aren't used to this kind of heat just yet.  And you know the old saying, "It's not the heat, it's the humidity.", it will be true this weekend.  Dew points are expected to get above 70°.  This could push the heat index to 100° or higher.

It's all about the upper levels of the atmosphere and compressional heating.  We are going to see an early season HOT DOME settle in over the Mississippi Valley.  The area of high pressure will remain relatively stationary or drift slightly to the east through the weekend. 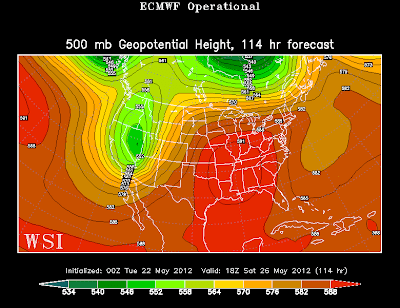 If you think about it, high pressure means there is a lot of pressure.  When you squeeze air under high pressure, air temperature will increase.  That will be in play this weekend. 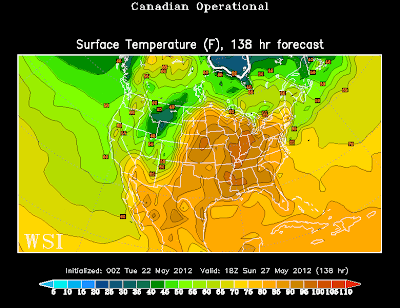 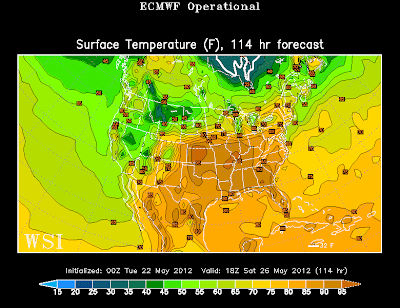 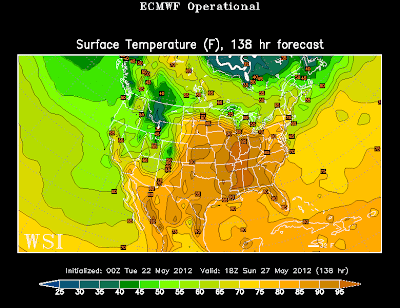 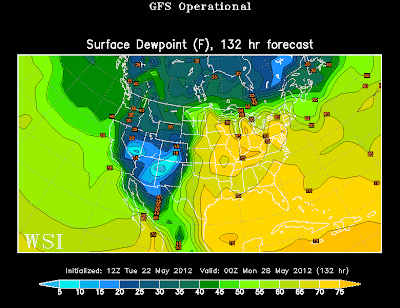 Needless to say, it is going to be hot around the Ohio Valley this weekend.

Of note, there is a HUGE race going on that will draw hundreds of thousands of spectators going on Sunday.  The Indianapolis 500.  Temperatures in the mid-90°s and high humidity could be dangerous for people attending the race.  If you are going, be sure to drink lots of water and/or sports drinks.  (Yes, I know lots of liquids will be consumed, that is why I suggested water/sports drinks. haha)